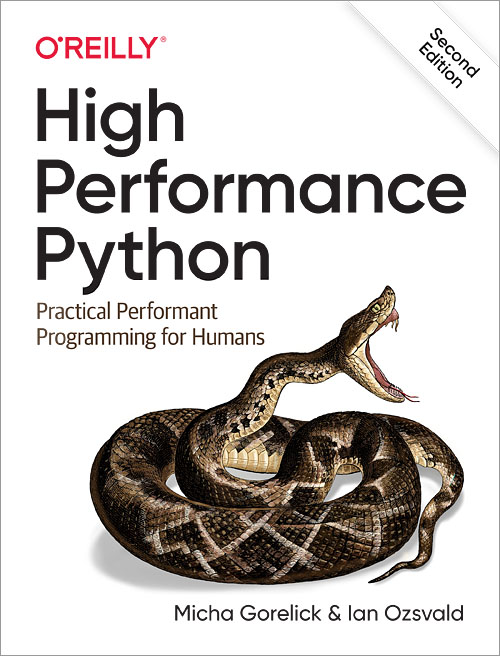 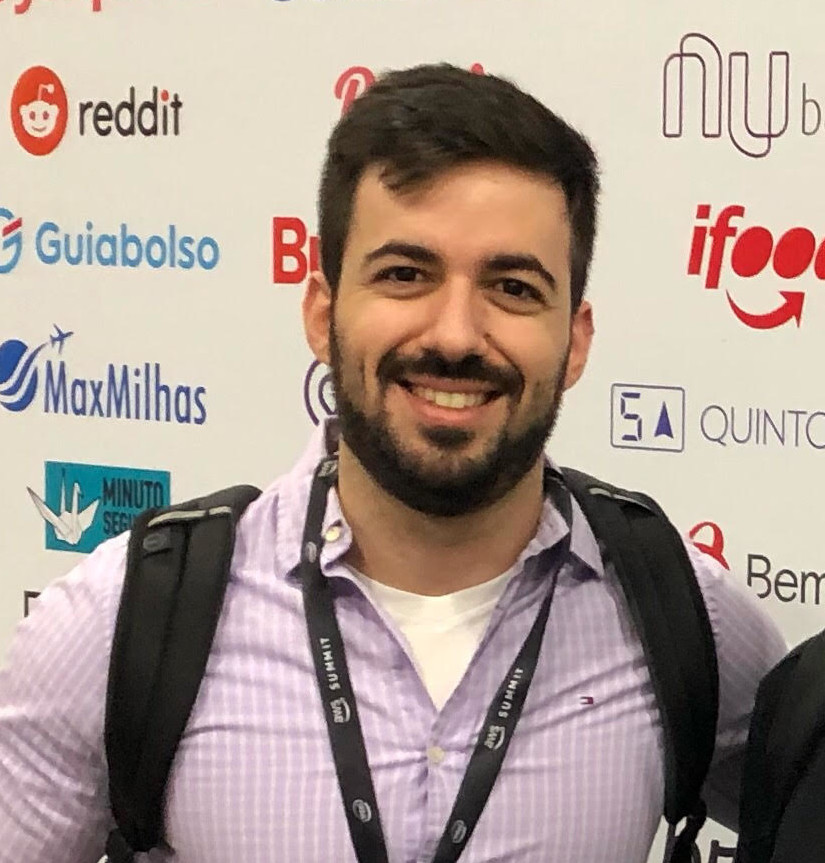 “Every programmer can benefit from understanding how to build performant systems (…) When something becomes ten times cheaper in time or compute costs, suddenly the set of applications you can address is wider than you imagined”

Supplemental material for the book (code examples, exercises, etc.) is available for download at https://github.com/mynameisfiber/high_performance_python_2e.

How to be a highly performant programmer

Overall team velocity is far more important than speedups and complicated solutions. Several factors are key to this:

Profiling let you make the most pragmatic decisions for the least overall effort: Code run “fast enough” and “lean enough”

“If you avoid profiling and jump to optmization, you’ll quite likely do more work in the long run. Always be driven by the results of profiling”

“Embarrassingly parallel problem”: no data is shared between points

snakeviz: visualizer that draws the output of cProfile as a diagram -> larger boxes are areas of code that take longer to run

line_profilier: strongest tool for identifying the cause of CPU-bound problems in Python code: profile individual functions on a line-by-line basis

Be aware of the complexity of Python’s dynamic machinery

The order of evaluation for Python statements is both left to right and opportunistic: put the cheapest test on the left side of the equation

Introspecting an existing process with PySpy

py-spy: sampling profiler, don’t require any code changes -> it introspects an already-running Python process and reports in the console with a top-like display

Once sorted, we can find our desired element using a binary search -> average case of complexity of O(logn)

Dictionary lookup takes only O(1), but:

Ideal data structures to use when your data has no intrinsic order (except for insertion order), but does have a unique object that can be used to reference it

Sets do not actually contain values: is a collection of unique keys -> useful for doing set operations

How do dictionaries and sets work?

Use hash tables to achieve O(1) lookups and insertions -> clever usage of a hash function to turn an arbitrary key (i.e., a string or object) into an index for a list

load factor: how well distributed the data is throughout the hash table -> related to the entropy of the hash function

“Many of Python’s built-in functions that operate on sequences are generators themselves. range returns a generator of values as opposed to the actual list of numbers within the specified range. Similarly, map, zip, filter, reversed, and enumerate all perform the calculation as needed and don’t store the full result”

Single pass or online algorithms: at any point in our calculation with a generator, we have only the current value and cannot reference any other items in the sequence

itertools from the standard library provides useful functions to make generators easier to use:

von Neumann bottleneck: limited bandwidth between memory and CPU as a result of the tiered memory architecture that modern computers use

perf Linux tool: insights into how the CPU is dealing with the program being run

numpy has all of the features we need—it stores data in contiguous chunks of memory and supports vectorized operations on its data. As a result, any arithmetic we do on numpy arrays happens in chunks without us having to explicitly loop over each element. Not only is it much easier to do matrix arithmetic this way, but it is also faster

Vectorization from numpy: may run fewer instructions per cycle, but each instruction does much more work

Building DataFrames and Series from partial results rather than concatenating

What sort of speed gains are possible?

Unlikely to show speed up:

Why does type information help the code run faster?

“Inside a section of code that is CPU-bound, it is often the case that the types of variables do not change. This gives us an opportunity for static compilation and faster code execution”

Cython uses gcc: good choice for most platforms; well supported and quite advanced

Lines that cost the most CPU time:

cdef keyword: declare variables inside the function body. These must be declared at the top of the function, as that’s a requirement from the C language specification

memoryview: allows the same low-level access to any object that implements the buffer interface, including numpy arrays and Python arrays

When to use each technology

Static computational graph: performing operations on PyTorch objects creates a dynamic definition of a program that gets compiled to GPU code in the background when it is executed -> changes to the Python code automatically get reflected in changes in the GPU code without an explicit compilation step needed

When to use GPUs

I/O bound program: the speed is bounded by the efficiency of the input/output

How does async/await work?

Typical jobs for the multiprocessing module:

Memory cache: decorator that caches functions results based on the input arguments to a disk cache

Cluster: collection of computers working together to solve a common task

Before moving to a clustered solution:

Using a cloud-based cluster can mitigate a lot of these problems, and some cloud providers also offer a spot-priced market for cheap but temporary computing resources.

Objects for primitives are expensive

Install the optional NumExpr when using Pandas (Pandas does not tell you if you haven’t installed NumExpr) -> calls to eval will run more quickly -> import numpexpr: if this fails, install it!

Push and pull of speedups with sparse arrays: balance between losing the use of efficient caching and vectorization versus not having to do a lot of the calculations associated with the zero values of the matrix

“If you can avoid putting it into RAM, do. Everything you load costs you RAM”

If we keep the k smallest unique hash values we have seen, we can approximate the overall spacing between hash values and infer the total number of items

Ch12. Lessons from the field